From the grab bag…here’s a bunch of recent mail that I’ve received and my replies:

I’d like you to adapt my unpublished novel XYZ for the screen or perhaps a TV series. It could also be multiple movies. It’s about XYZ. In the alternative, I hope you will refer me to a producer who might be interested. 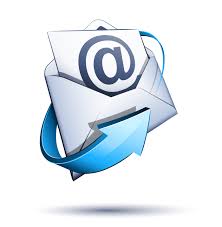 I replied: I’m not interested in adapting your book and I can’t think of any screenwriter or producer who would be. Studios don’t buy ideas. They buy the execution of ideas (i.e. who is writing it, who is directing it, who is producing it etc). And they don’t buy books that aren’t huge bestsellers. Since you aren’t a brand-name author, or a first-time author with a bestselling book, there’s almost no chance in hell of anybody reading it or buying it. I don’t say that to be mean, but to give you a realistic view of your chances. Your best bet is to get the book published and hope it does well enough critically or commercially to attract Hollywood interest.

Here’s a question I got about MONK:

I’m a teenager who has become a HUGE fan of Monk just 8 years too late!!  I grew up watching the show with my Dad. Not so long ago, I discovered that there was a BOOK SERIES. My heart quite literally jumped out of my chest!!  THE CHARACTERS WEREN’T DONE!! Over the next 2 days I went to the library and checked out 10 Monk books, and I can’t stop reading them!!  THEY ARE SO GOOD!! About 2-3 times every book I get teary-eyed because the characters you’ve described in the books are so heart-wrenching.  Why did you write the series from Natalie’s perspective?

If my “detecting skills” tell me anything, you probably chose to write the series from her perspective because the television series is already told form Monk’s perspective.  We get the chance to understand him thoroughly, so it only makes sense to write from the perspective of the closest person to him… literally of course.

I replied: I wrote them from Natalie’s perspective because I think it humanizes Monk. It gives us a necessary distance and, at the same time, a perspective to frame what we’re seeing. In a way, Natalie’s eyes become the replacement for the TV screen that was between us and Adrian Monk. Also, a little Monk goes a long way. You can overdo the joke and all the obsessive/compulsive stuff. By telling the stories from Natalie’s point of view, we aren’t with him all the time. We get some space, a breather from his shtick, and I think that’s important. It’s also a conscious homage to Sherlock Holmes and Nero Wolfe, who were seen as well through the eyes of their assistants.

And, finally, here’s a question I got about screenwriting:

I stumbled across your post Diagnosis Murder & How to Plot a Mystery, while looking for information on adapting a low-budget, niche, middle grade, mystery book series into a TV script of what seems to be 22-25 pages for a 30 minute show? I found a good article on sitcoms, but not a good breakdown for a kids’ mystery series. Is there any chance you can direct me to a script/page-timing outline? Or any information on this specifically?

I replied: No offense intended, but if you are asking about script page/timing, that suggests to me you still have a lot to learn about the principles of screenwriting. There is far more involved than knowing whether a page of script translates to a minute or five minutes of action (it depends whether its a one camera or three camera show and what is on the page — how many locations/sets there are, what action is involved, and how fast characters speak. Page count is not the issue you should be concerned with. There are “hour long” shows with 45 page scripts and 69 page scripts — every series is different). I recommend Richard Walter’s ESSENTIALS OF SCREENWRITING, Pamela Douglas WRITING THE TV DRAMA SERIES, William Rabkin’s  terrific WRITING THE PILOT, Alex Epstein’s CRAFTY TV WRITING, and SUCCESSFUL TELEVISION WRITING by William Rabkin and yours truly.

Thank you very much for your quick response. I know very little about television scripts. But will get the books you mentioned. 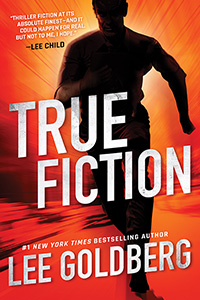 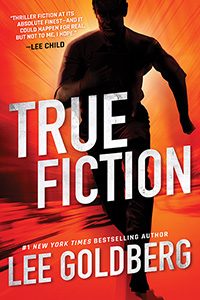 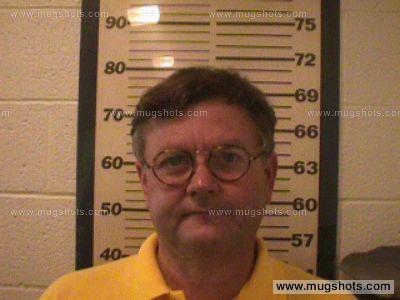 You’d be stunned how any people have reached out to me to share their horror stories of being swindled or harassed by convicted conman & fake TV writer James Strauss… everybody from aspiring screenwriters to stiffed shopkeepers, from enraged military veterans to swindled conference organizers, from stiffed restaurants to stiffed Hawaii vacation-home renters. There’s been a surge in those emails in the last couple of weeks. I guess he’s stirring things up in Lake Geneva, Wisconsin, perhaps the only place on earth that hasn’t learned that he’s a total fraud. Here’s an excerpt from one of the many emails that I’ve received:

I live in Lake Geneva Wisconsin and today The Geneva Shore Report, which this James Strauss owns, told bold face lies […] saying [my] church and former pastors were in cahoots with the fire department where people were to vote.  His bold face lies and hurtful newspaper needs to stop. Please don’t use my name. But can you help my community?! And please hurry.

It’s YOUR community. YOU do something about it. If you, as a resident, don’t have the guts to stand-up against him, under your own name, and reveal him for what he is, how can you expect people who don’t live there, who have no stake or interest in what is going on, to do anything about it? Here’s an excerpt from a very lengthy email I received:

I am asking you to please not publish my name. Frankly, we cannot afford to feel the wrath of Mr. Strauss’s mean-spirited writings and video “reporting”. I am a long-time resident in the Geneva Lakes Area in Wisconsin. Sadly our lovely resort community is home to The Geneva Shore Report, a mean-spirited rag of a “newspaper” for which James Strauss is the creator and editor. He promotes his rag as “The most feared newspaper in America”.

I am writing to you because Mr. Strauss is damaging good people in our community. Mr. Strauss has made accusations via innuendo and flat out lies about our now retired pastors of Immanuel Evangelical Lutheran Church, the Chaplain on our Lake Geneva Fire Department, [and] slandered Karen Stein of KS Ministries who, out of her own pocketbook, invested a healthy half a million dollars in a clean and sober living house. What can I do to expose his con man lies? Please help!

I told him this: I’m sorry to hear that Strauss is continuing to ruin people’s lives…but there is nothing I can do about it. I’m not a journalist or a cop. The best advice I can give you is to spread the word that he is a convicted conman and fraud who spent years in a federal prison for swindling people. It’s information easily found on the Internet.

Outside of the Lake Geneva folks, I recently also got a desperate email from an aspiring filmmaker (he asked me not to quote his email on my blog) who was wary of doing free work for Strauss, who promised in return to use his contacts to help the kid break into Hollywood. This poor kid was shocked to learn that Strauss has zero legitimate Hollywood experience and asked me what he should do. My answer was simple: walk away. Strauss is a pathological liar and convicted felon who will screw you over.

It’s amazing to me that Strauss is still able to con people when the truth about him is so easily found in a google search. The way I look at it, anybody stupid enough to get into business with him deserves what they get.