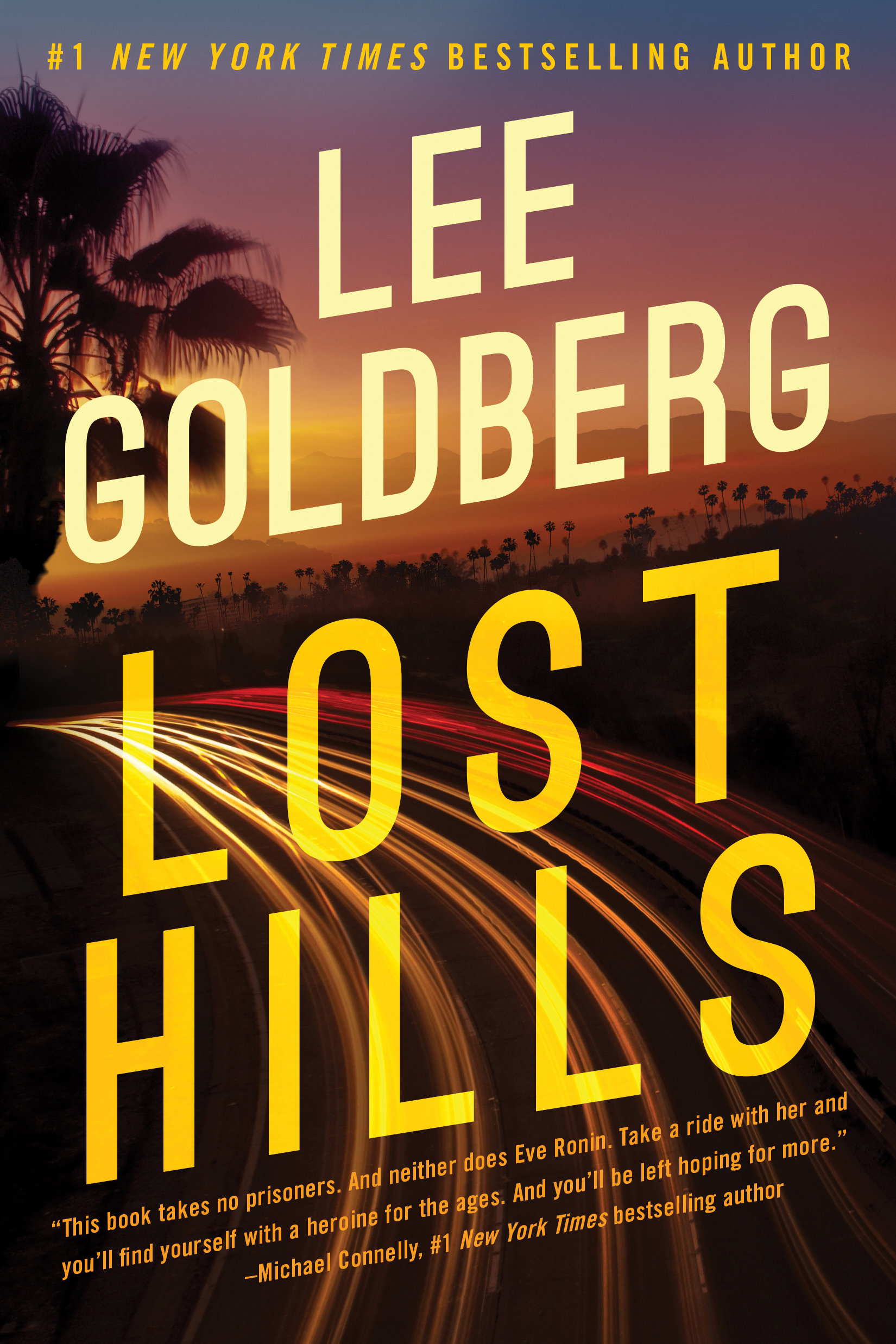 A detective’s brutal first case could make or break her career in an exhilarating thriller by #1 New York Times bestselling author Lee Goldberg.

A video of Deputy Eve Ronin’s off-duty arrest of an abusive movie star goes viral, turning her into a popular hero at a time when the Los Angeles County Sheriff’s Department is plagued by scandal. The sheriff, desperate for more positive press, makes Eve the youngest female homicide detective in the department’s history.

Now Eve, with a lot to learn and resented by her colleagues, has to justify her new badge. Her chance comes when she and her burned-out, soon-to-retire partner are called to the blood-splattered home of a missing single mother and her two kids. The horrific carnage screams multiple murder—but there are no corpses.

Eve has to rely on her instincts and tenacity to find the bodies and capture the vicious killer, all while battling her own insecurities and mounting pressure from the media, her bosses, and the bereaved family. It’s a deadly ordeal that will either prove her skills…or totally destroy her.

“Lost Hills is Lee Goldberg at his best. Inspired by the real world grit and glitz of L.A. County crime, this book takes no prisoners. And neither does Eve Ronin. Take a ride with her and you’ll find yourself with a heroine for the ages. And you’ll be left hoping for more.” Michael Connelly, #1 New York Times bestselling author of the Harry Bosch novels.

“A cop novel so good it makes much of the old guard read like they’re going through the motions until they can retire… the real appeal here is Goldberg’s lean prose, which imbues just-the-facts procedure with remarkable tension and cranks up to a stunning description of a fire that was like ‘Christmas in hell.’” —Booklist

“An energetic, resourceful procedural starring a heroine who deserves a series of her own.” Kirkus Reviews

“Lost Hills is what you get when you polish the police procedural to a shine: a gripping premise, a great twist, fresh spins and knowing winks to the genre conventions, and all the smart, snappy ease of an expert at work.” Tana French, New York Times bestselling author of the Edgar, Anthony, Barry and Macavity award-winning Into The Woods and a winner of the Los Angeles Times Book Prize.

“Lost Hills is a tense, pacy read from one of America’s greatest crime and thriller writers. We have a sense of real characters doing real police work, not snatching answers out of the air, as tyro detective Eve Ronin and her world-weary partner, Duncan Pavone, investigate a sickening multiple homicide against a Californian backdrop of snarling brushfires and blue-collar struggle, not Hollywood glitz.” Garry Disher, the Ned Kelly Award-winning, international bestselling author of the Inspector Challis series

“Thrills and chills! Lost Hills is the perfect combination of action and suspense, not to mention Eve Ronin is one of the best new female characters in ages. You will race through the pages!” Lisa Gardner, New York Times bestselling author

“Lost Hills is a top-notch procedural that shines like a true gem.” Craig Johnson, New York Times bestselling author of the Walt Longmire mysteries, the basis of Netflix’s Longmire

“A winner. Packed with procedure, forensics, vivid descriptions, and the right amount of humor. Fervent fans of Connelly and Crais, this is your next read.” Kendra Elliot, Wall Street Journal bestselling author of A Merciful Secret

“Lean, clean, and mean – highly recommended! Great start to a new series.” Nick Petrie, author of The Wild One

“A cop novel so good it makes much of the old guard read like they’re going through the motions until they can retire… the real appeal here is Goldberg’s lean prose, which imbues just-the-facts procedure with remarkable tension and cranks up to a stunning description of a fire that was like ‘Christmas in hell.’” Booklist

“Lee Goldberg’s Lost Hills is not only the first book in what promises to be a superb series — it’s also that rare novel in which the formulaic elements of mainstream police procedurals (blood, violence and forensic science) share narrative space with a unique female protagonist. All that, and it’s also a love letter to the chaos and diversity of California.” National Public Radio

“What a police procedural should be: a clever and likable lead detective, a supporting cast of both hardworking and lazy cops, wisecracking (and occasionally ribald) station house banter, a smattering of quirky characters, a fast pace, a faithful depiction of investigative techniques, and a writing style as precise as a sniper’s rifle.” New York Journal of Books

“Goldberg shines a light on the lesser-known SoCal crime-fighting agency. He excels at employing realistic forensics, ratcheting up the department’s political tensions and using the region’s real-life wildfires in climatic scenes while leavening the proceedings with just the right amount of cop humor.”
Los Angeles Times

“Michael Connelly meets Joseph Wambaugh. That’s my take on the tale that introduces wet-behind-the-ears homicide detective Eve Ronin. Like Connelly, Goldberg creates deeply layered characters, and the police procedures ring 100% true. Like Wambaugh, Goldberg brings sly humor to the proceedings.  The start of what promises to be a crackerjack series.” Paul Levine, bestselling author of the “Jake Lassiter” thrillers.

“[A] police procedural that shrugs off the norm in favour of rocking its own path. More notable is a genuinely original female protagonist, Eve Ronin. An intriguing story, snappy dialogue and clever use of language give the narrative a fizz. Add to that a dark tense atmosphere that builds to a nervy denouement and you have a winner.” NB Magazine UK

“[The] suspense and drama are guaranteed to keep a reader spellbound. Those elements, coupled with Goldbergs’s extensive research, adds up to a real thriller.”Authorlink

“Fans of police procedurals in the vein of Michael Connelly will appreciate the Hollywood backdrop and timely details. Can a “Bosch”-style TV series be far behind?” Variety

“An energetic, resourceful procedural starring a heroine who deserves a series of her own” Kirkus Reviews

“Eve Ronin is a great character and her debut story does not disappoint. The police procedure appears to be as authentic as Goldberg can make it without being in law enforcement himself. I’ll be watching for more stories about [her] with eager anticipation.” The Oklahoman

“This is so great. It’s a modern-day detective novel written in a way that’s even appealing to people who don’t typically like detective novels.” Yahoo Style UK

“Goldberg’s storytelling is vivid and powerful, and his characters well-drawn and believable.” Ellery Queen Mystery Magazine

“Goldberg’s smooth way with a yarn is in evidence here, as his ability to mix mayhem with mirth, but the particularly well-crafted plot with its hardboiled action, forensic detail and, especially, its fully dimensional heroine, move it a step up and away from his previous fiction.” Mystery Scene Magazine