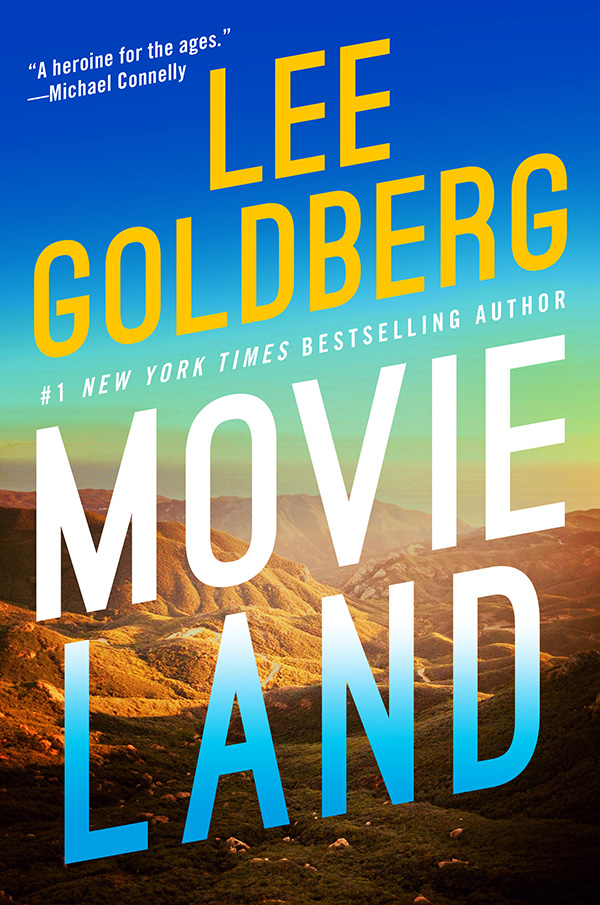 For decades Malibu Creek State Park was the spectacular natural setting where Hollywood fantasies were made. But when a female camper is gunned down, it becomes a real-life killing ground. Los Angeles County Sheriff’s Department homicide detectives Eve Ronin and Duncan Pavone are assigned the case…which Duncan fears is the latest in a series of sniper attacks that began long before Eve came to Lost Hills.

Seven victims over fourteen months…and top officials still refuse to see a connection. Eve and Duncan are stonewalled, threatened, and ordered to keep quiet. But Eve won’t back down. She’s no stranger to intimidation or corruption—she’s had a target on her back from day one at Lost Hills station.

Despite finding no evidentiary links between the shootings, Eve and Duncan follow their instincts into the shadows of Malibu Creek, where it’s not enough to expose the secrets and break the conspiracy of silence. They also have to make it out alive.

“The fourth book in Lee Goldberg’s series is his most ambitious and best realized yet…Movieland is crime-writing of the highest order. Goldberg’s style touches on both Michael Connelly and Robert Crais, in whose company he now squarely belongs.” Providence Journal

“Movieland, Lee Goldberg’s fourth novel featuring Ronin, is every bit as good as the first three. The characters, including victims, suspects, and an assortment of lazy, hardworking, honest and corrupt cops, are quirky and well developed. The depiction of police procedures feels authentic. The writing is vivid and precise. And with startling twists around every corner, the suspenseful tale unfolds at a furious pace.” Associated Press

“Murder, politics and deception in the heart of Hollywood…oh my! Movieland brings the heat and packs a punch like a shotgun blast to the face.” Best Thriller Books

“[An] intelligently written series [with] memorable characters and intriguing plots. Lee Goldberg is one of those authors with natural-born story-telling gifts.” Deadly Pleasures