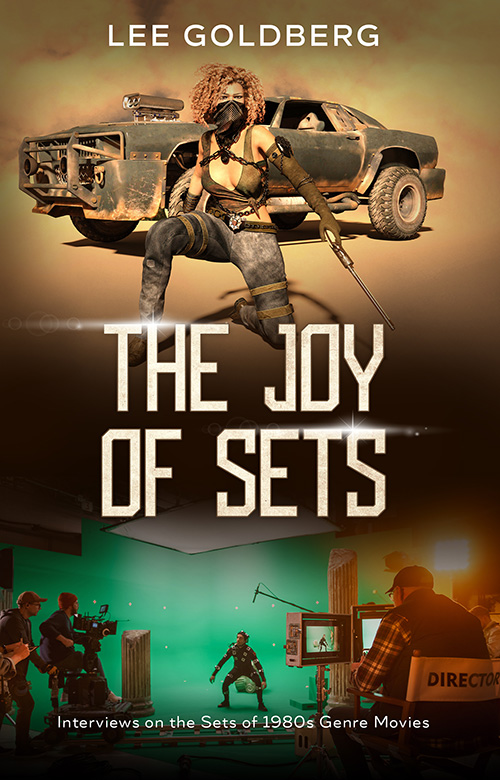 Go back in time to the 1980s, and visit the sets of movies like Back to the Future, A Nightmare on Elm Street, and A View To a Kill, where young journalist Lee Goldberg, years before he was a #1 New York Times bestselling author (Lost Hills, True Fiction, etc) and TV writer/producer (Monk, Diagnosis Murder, SeaQuest, etc.), interviewed Michael J. Fox, William Friedkin, Wes Craven, Chevy Chase, Robert Zemeckis, Roger Moore, and many other actors, directors, producers and screenwriters.

These informative, fascinating, and trivia-packed interviews offer a revealing look at film-making in the 1980s, while also exploring the long careers of established talents like Kurt Russell and director Fred Schepsi at the top of their game… and introducing newcomers like Johnny Depp and director W.D. Richter, some of whom went on to greatness, and others who disappeared into obscurity.

Lee Goldberg put himself through college by writing freelance articles, primarily about movies, TV and publishing, for publications like Starlog, American Film, Cinefantastique, and the San Francisco Chronicle. He didn’t do it just to pay his tuition and support himself… he also saw it as a way to get a graduate school education in all aspects of the entertainment industry… learning lessons he’s still benefiting from today.