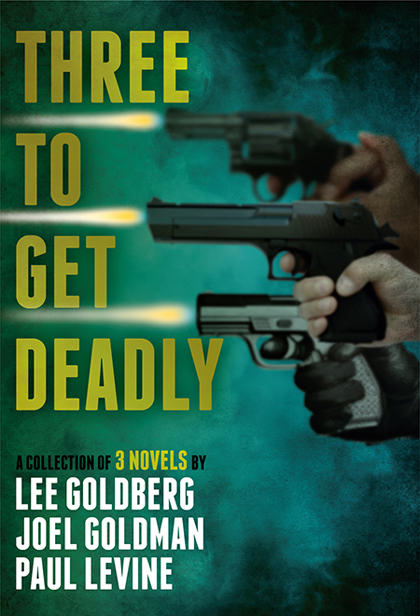 THREE TO GET DEADLY is a trio of stunning bestselling novels of action and suspense from three masters of the craft…now in a single, thrill-packed volume!

Linebacker-turned-lawyer Jake Lassiter suspects his client, a surgeon in a malpractice case, is innocent of negligence…but guilty of murder. Add a sexy widow, a deadly drug, and a grave robbery to the stew, and you have the recipe for Miami’s trial of the century.

“Move over Scott Turow. To Speak for the Dead is courtroom drama at its very best.” – Larry King, USA Today

A massive earthquake devastates L.A. One ordinary man sets across the landscape of destruction to his home in the San Fernando Valley. It’s a journey that will test the limits of his endurance and his humanity, a trek from the man he was to the man he can be… if he can survive The Walk.

“The Walk is a magnificent novel — by turns hilarious, scary, sad, witty and one hell of a page-turner, too,” Mystery Scene Magazine