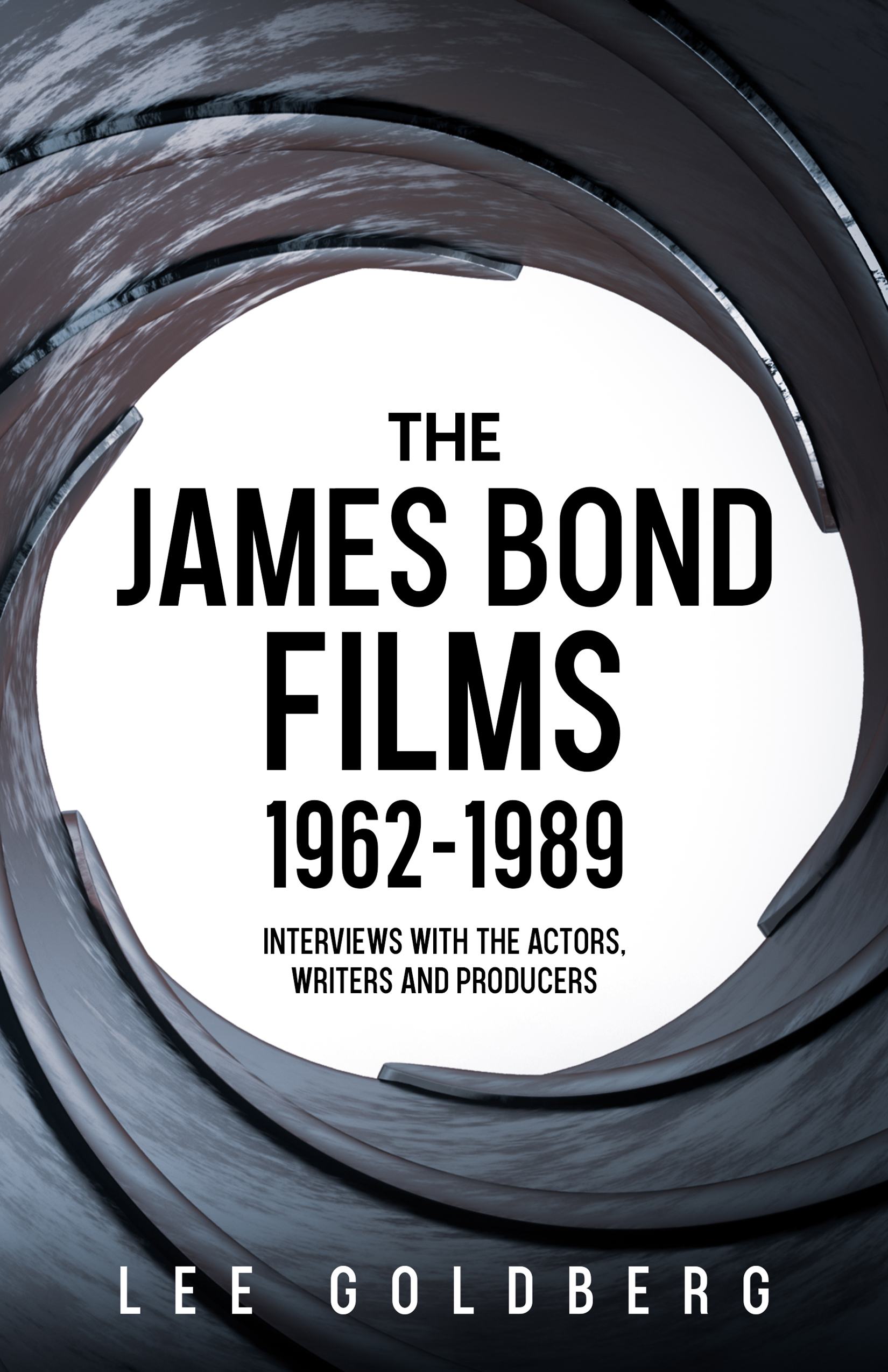 The inside story on the James Bond movies…from the people who made them.

In the 1980s, long before Lee Goldberg became a #1 New York Times bestselling author and successful TV writer/producer, he paid his UCLA tuition by working as a freelance journalist covering the entertainment industry. His first, big interview was with one of his idols, screenwriter Richard Maibaum, who wrote most of the James Bond movies. That lengthy, controversial, and award-winning interview, first published in the UCLA Daily Bruin and later reprinted in Starlog Magazine, was the beginning of Lee’s extensive 007 coverage.

Over the next few years, his Bond-related interviews for Starlog and other publications included actors Barry Nelson (the first man to play James Bond in TV’s Casino Royale), George Lazenby (the one-time Bond in On Her Majesty’s Secret Service), Roger Moore and Timothy Dalton, screenwriters Tom Mankiewicz, Michael Wilson and Lorenzo Semple Jr., and directors John Glen and Peter Hunt. Those interviews and more, quoted for decades in reference books about the Bond films, are now collected for the first time, in their original form, in this entertaining, and unique volume.

This book, the first in a series of Goldberg’s collected Hollywood journalism, isn’t an exhaustive, detailed examination of the Bond films. Instead it’s an intriguing snapshot of filmmaking in the 1980s, a revealing look at the creation of the Bond films…and perhaps also offers a glimpse into Goldberg’s formative years as a writer, and how the lessons learned from his interviews may have shaped his own career as an acclaimed novelist and screenwriter.