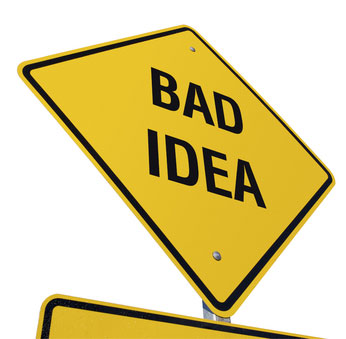 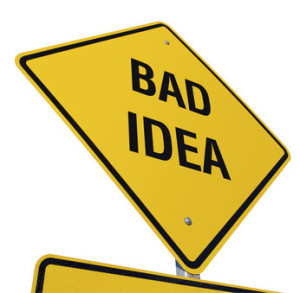 If you’re fattening up your credits with fakery, I’m probably one of the last people you want to contact. This tale of lame fraud began as a typical, badly-written solicitation for a blurb with the usual flattery at the beginning (I’ve taken out anything that might identify the author). The miss-spellings, awkward sentence structure, etc. are all his:

Let me start by saying I absolutely hero-worship you!  I own every one of you Monk DVDs and I have one of my servers named after him. (The other one is Columbo.  Needless to say not a single hacker of a virus gets past onto Monk and Columbo.)  I have read 7 of your Monk books and the new one, The Heist, that you have written with Janet Evanovich.

I love, love, love your sense of humour and the way you weave your homour in so effortlessly.

I was delighted to find your email address and am writing to ask if you would, by some off chance, be kind enough to review my book, XYZ, is due out with publisher  XYZ, on the 6th of November.

It is literary suspense fiction, a psychological and legal thriller around an aching love story set in London and on the beautiful Scottish and South English coasts. I have injected some humour into it and would love your feedback.

We should ask you to do the review it as a note to yourself in the first instance please since the book is being released only on the 6th of November. We can contact you when the book is published so that you could cut-and-paste your review on to Amazon.com.  I shall be happy to provide my publisher’s email address if you wish to provide the review to her.

I live in hope that I might hear back from you due some good karma.

I’m sure he’s regretting that hope now. Here’s what I wrote back:

Thanks for thinking of me, and for your kind words about my books, but I’m afraid I don’t have time to blurb your novel. However, I did look at your web page, where you advertise XYZ as an Edgar-nominated novel. I don’t see how it’s possible for the book to be Edgar-nomated, since it hasn’t been released yet. You also mention in your bio that you are an Edgar-nominated author.  So I looked in the MWA Edgar database, and could find no mention of you or your books. Were you nominated under another name for a different book?

I knew for certain that he was lying about being an Edgar Award nominee, but I was being polite and wanted to see how he’d explain himself.He immediately wrote back:

It is in the works and the web site is only in preparation for the release that is coming in a month. The applications have been made to MWA with a galley of the book.

He was obviously unaware that I was chair of the MWA membership committee, that I helped draft the Edgar submission rules, and that I’ve been an Edgar Awards chair and a judge. I am absolutely the wrong person to try to con on this subject. So I wrote back:

Applying for an Edgar award does NOT make you an Edgar nominee. An Edgar nomination is a great honor and highly coveted and you have not earned one yet. You need to remove the Edgar references from your site right away.

On your website, you also excerpt reviews of your book from the Washington Post and the Chicago Tribune. I have checked both newspaper sites and can find no record of the reviews. Are the reviews upcoming?

I knew that wasn’t the case, and that the reviews were fake, but I wanted to see how he’d try to talk his way out of this one. He shot back a quick reply, probably realizing by now that he’d made a big mistake contacting me and inviting me to look at his site:

While I was still reading that lame response, he immediately followed up with an email that he hoped would get me off his case.:

Mr. Goldberg: Don’t worry about the review. My publisher will handle the review galleys. I have to get permission from my publisher before presenting the galley for review and they have informed me I do not have permission too present it to you.

They’d informed him in the three minutes between our emails on a Sunday morning? Yeah, right. Not that it mattered. I wasn’t ready to let him off the hook yet. He was, after all, falsely claiming to be the author of an Edgar-nominated book that the Washington Post and Chicago Tribune had drooled all over. And that pissed me off. So I pressed on:

Do you mean that you’ve submitted the galleys for review…or that the Washington Post and Chicago Tribune have both reviewed the book in galleys and have sent you an advance peek at their to-be-published reviews?

I knew that wasn’t the case, either. But again, I was being outwardly nice about it. He, on the other hand, was scrambling. He replied:

They will publish the reviews on the right dates.
My website is not public until the date of publication either. It is just a work in progress for the publication date.

That explanation didn’t make much sense to me… and probably not to him, either. He’d been cornered and was not a good liar under pressure. So here’s what I wrote back:

I understand…but if you are directing potential reviewers and “blurbers” like me to a link to see the blurbs on your site, the blurbs should be real, not fake place-holders for the real reviews you hope to receive. It’s misleading.

BTW, your publisher is not on the list of MWA-approved publishers so your book is not eligible for Edgar award consideration. Your publisher needs to be vetted and approved by the membership committee before the book can be submitted for consideration.

He still wasn’t willing to admit his reviews were fake…or that he’d made a big mistake calling himself an Edgar-nominated author and his unpublished book as an “Edgar-nominated” novel. He wrote:

To clarify, the manuscript I sent was compiled my own working copy of the manuscript and not the actual galley from the publisher.
I have got a slap on my knuckles for being over-eager and enthusiastic to get into a discussion with you.

We are simply preparing things for the publication date.

We understand the requirements of the MWA. Thank you for your advice.

Here is some more advice:

1) before you contact an author for a blurb, make sure you have a well-written and coherent pitch letter.
2) Be sure you know all about the person you are contacting for a blurb. If you’re pretending to be an Edgar award nominee, don’t approach someone who used to be closely involved in the running of the Edgar Awards.
3) If you are pretending that your book has won acclaim from The Washington Post and the Chicago Tribune, don’t send your book to someone who has an internet connection and has heard of Google.
4) If you are plumping up your website with lies, don’t send a link to your site to someone who delights in ridiculing inept pitches and skewering liars regularly on his blog.