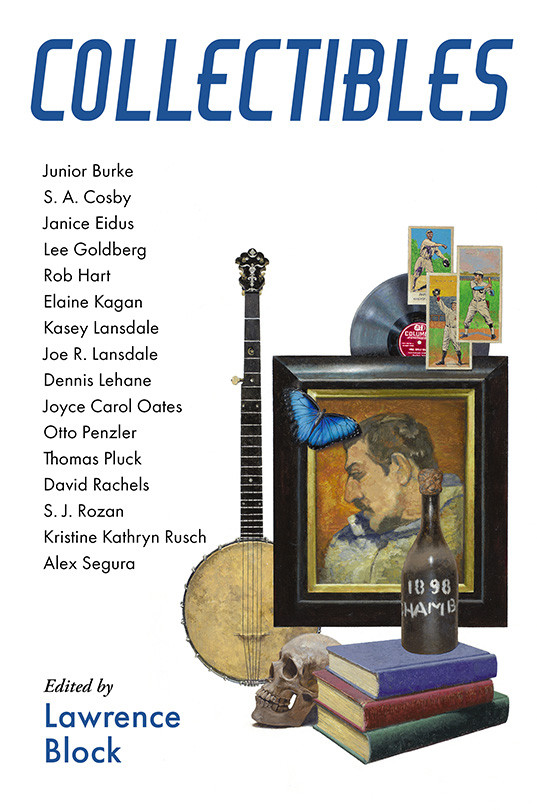 What leads one person to collect stamps and another coins, one fine art and another butterflies? Who can say? But one thing is certain: those who’ve got the collecting bug care passionately—sometimes violently—about the objects of their obsession. No one covets like a collector; and as you will find in the pages of this brand new anthology from MWA Grand Master Lawrence Block, a truly dedicated collector will ignore the other nine commandments, too, in his quest for his personal Holy Grail. From Joyce Carol Oates’ tale of the ultimate Marilyn Monroe collectible to Dennis Lehane’s bookseller with a penchant for other people’s tragic correspondence, from Lee Goldberg’s Hollywood hustler with a collection of unaired TV shows to Joe R. Lansdale’s stylish foray into noir, culminating in Lawrence Block’s own classic story of a killer with a unique approach to choosing his victims, Collectibles illustrates the range of the collecting impulse and the lengths people will go to in their hunger to possess the perfect piece.

“Lost Shows is a total surprise. Lee Goldberg hits the sweet spot from an unexpected direction in this tale of a collector of old and rare television episodes who attempts to help an ill and aging TV star who is being held as a de facto hostage in his own home. There are a couple of shocking moments here that will cause you to reread it.” The Book Reporter