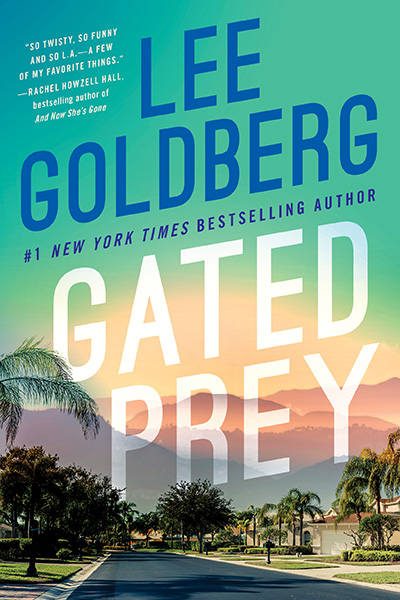 “I whipped my head back and forth reading Gated Prey. So twisty, so funny, and so LA—a few of my favorite things. After zooming through these pages, I’ll ride shotgun with Lee any day!” —Rachel Howzell Hall, bestselling author of And Now She’s Gone

“Goldberg is every bit the equal of Michael Connelly.” Providence Journal

“LA County Sheriff’s deputy Eve Ronin is kick-ass. No doubt there. Also controversial and consistently butting heads with the brass.This fast-paced and well-written story will grab you and drag you to an explosive—literally—climax. Once you begin, you will not be able to put this book down. Loved it. Love Eve Ronin. Love this entire series.” D.P. Lyle, award-winning author of Sunshine State

“A beautifully cinematic novelist who strikes a precise balance between darkness and humor.” Bookmarks Magazine

“Goldberg has a wonderful way of developing his characters so that they seem quite relatable to the reader.” Mystery & Suspense Magazine