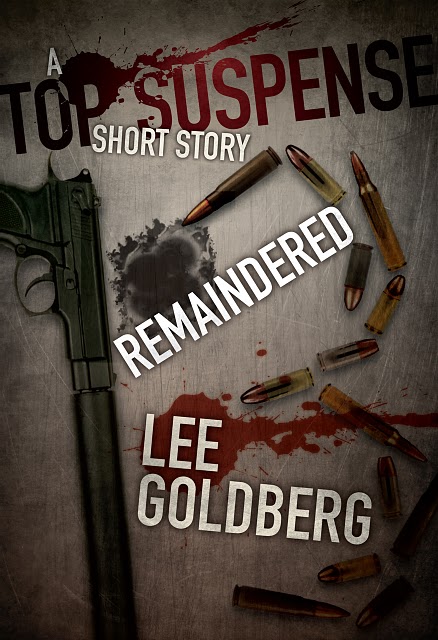 Kevin Dangler is a once-famous author desperate to regain his lost glory while traveling the back-roads of middle America, selling remaindered, fifth-editions of his first book out of the trunk of his car. Along the way he meets his ultimate fan…who might be his salvation…or perhaps a novel way to die.

This story was an Ellery Queen Mystery Magazine Readers Choice Award finalist and has previously appeared in the anthologies Three Ways to Die and Top Suspense.

BONUS FEATURE: The story contains a link to a free, streaming video of the acclaimed movie version of  Remaindered, written & directed by Lee Goldberg.