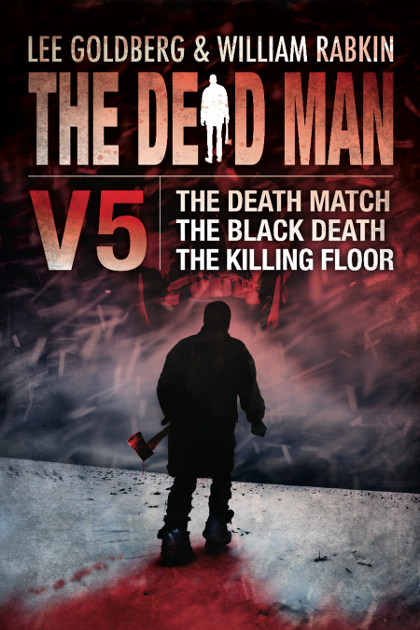 After dying in a freak accident, Matt Cahill inexplicably “wakes up” three months later with the disturbing ability to see things—terrible things—that others cannot. Drafted as a warrior in the battle between good and evil, Matt will stop at nothing to destroy the malevolent Mr. Dark. In The Dead Man Volume 5, a trio of sinister new stories tracks the reluctant hero on his nightmarish quest.

Matt enters the violent world of underground cage fighting where a brutal DEATH MATCH becomes a fight-to-the-undead that could lead him to the truth about his reincarnation…or to a gruesome demise.

THE BLACK DEATH is a deadly new form of crystal meth that turns users into black-eyed, homicidal maniacs. Matt must destroy the virulently addictive drug before the madness spreads from a backwoods community to the entire nation.

A hydro-fracking operation resurrects an ancient, terrifying entity that pits Matt against Mr. Dark in an epic battle that began centuries ago and that will end today with the fate of mankind at stake on the blood-soaked dirt of THE KILLING FLOOR.