I like to listen to soundtrack music while I write. In fact, I’m just sitting down now to start working on the sequel to my upcoming novel LOST HILLS and I’ve been listening a lot to THE QUINN MARTIN COLLECTION VOL. 1 and the soundtrack to the 1975 TV series ARCHER. Both albums contain a lot of Jerry Goldsmith’s best 1970s TV work.

Here’s the music I was listening to when I wrote my new release KILLER THRILLER, the sequel to the #1 Amazon Charts and Washington Post bestseller TRUE FICTION. 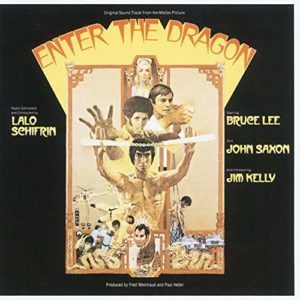 Enter the Dragon and Rush Hour by Lalo Schifrin

I’m a huge fan of Lalo’s TV themes (Mission Impossible, Mannix, Petrocelli, Bronk etc) and his two forays into “kung fu” cinema are pure 1970s action-score gold. A big chunk of KILLER THRILLER is set in Hong Kong and these soundtracks put me in the perfect frame of mind to write those scenes. (Yes, I know Rush Hour was made in the late ‘90s, but Lalo’s score was basically a reboot/homage of his Enter the Dragon work)

These are two pulse-pounding, soaring, propulsive, contemporary action scores based Lalo’s original themes …and evoke the foreign locales and over-the-top stunts of the Tom Cruise feature, putting me in the right frame of mind for writing the chases and fights in my book.

I love Morton Stevens, one of the best television composers ever (he also did the theme for Police Woman), and this classic soundtrack screams adventure, mystery and, of course, Hawaii to me. Although nothing in KILLER THRILLER is set in Hawaii, this soundtrack is always part of my playlist when I’m writing anything with action and colorful locations. It also creates a great tempo for writing punchy dialogue.

This is the iconic Bond theme song and is still the best of the Bond movie scores (though I am also a fan of David Arnold’s TOMORROW NEVER DIES score, which is essentially a contemporary rethink of Barry’s style and is also part of my playlist). GOLDFINGER immediately transports me to a world of intrigue and adventure…and puts me in a 007-frame of mind. Perfect for writing spy fiction.

The Bourne Film Soundtracks by John Powell and Moby

These soundtracks are the gold standard for the modern espionage tale…Powell’s score is dark and moody at times, thrilling and propulsive when the action reaches a fever pitch. Moby reworks his end titles / theme song Extreme Ways for each film in the series and hearing it always puts me in the mood to either see or write some kick-ass spy action. 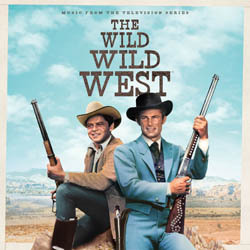 I absolutely loved The Wild Wild West when I was a kid. If you don’t remember the show, it was a western take on James Bond starring Robert Conrad as superspy James West and Ross Martin as Artemus Gordon, his partner and a master of disguise. My sister and I used to pretend we were the two of them….I was always West, of course, and she was always stuck being Artemus. Even way back then, I had Wild Wild West music, recorded off the air on my cassette deck, playing when we were pretending to do cool stuff. Little did I know I was rehearsing for what I’d be doing decades later as a writer. Hearing the iconic themes and individual cues sparked my imagination as a kid and they still do today, putting me into the “let’s pretend and have fun” mode that I need to be in to write fiction. Although this is a “western” score, it’s still in the spy genre for me and is the perfect for writing about Ian and Margo.