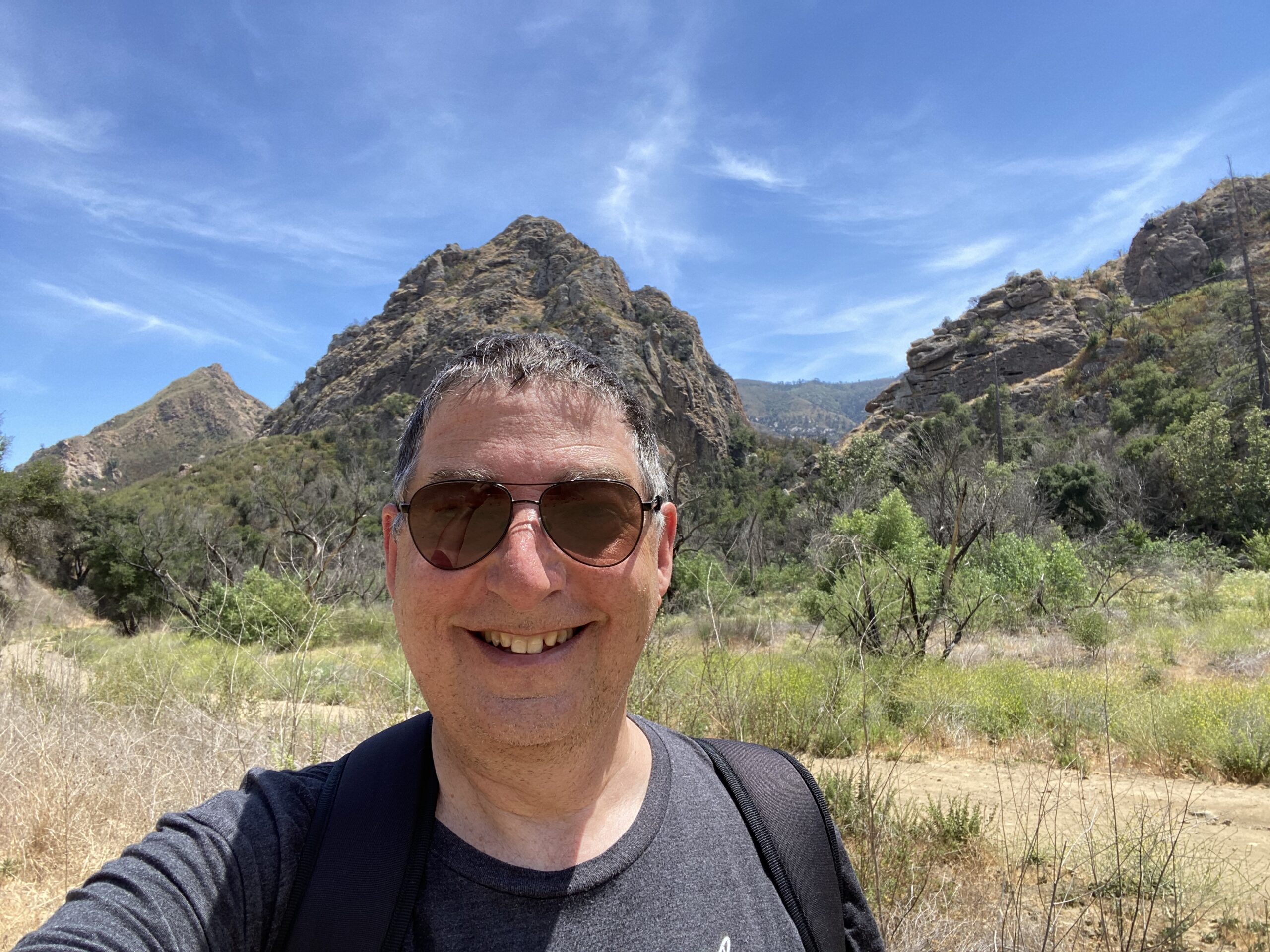 The product description is up on Amazon for MOVIELAND, the 4th “Eve Ronin” crime novel, coming in June & now available for pre-order (hint-hint). Here it is…

For decades Malibu Creek State Park was the spectacular natural setting where Hollywood fantasies were made. But when a female camper is gunned down, it becomes a real-life killing ground. Los Angeles County Sheriff’s Department homicide detectives Eve Ronin and Duncan Pavone are assigned the case…which Duncan fears is the latest in a series of sniper attacks that began long before Eve came to Lost Hills.

Seven victims over fourteen months…and top officials still refuse to see a connection. Eve and Duncan are stonewalled, threatened, and ordered to keep quiet. But Eve won’t back down. She’s no stranger to intimidation or corruption—she’s had a target on her back from day one at Lost Hills station.

Despite finding no evidentiary links between the shootings, Eve and Duncan follow their instincts into the shadows of Malibu Creek, where it’s not enough to expose the secrets and break the conspiracy of silence. They also have to make it out alive. 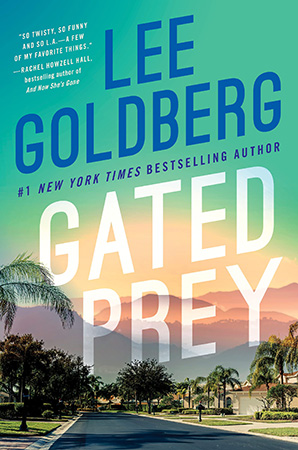 It’s been a busy summer for me. I just delivered MOVIE LAND, the 4th “Eve Ronin” crime novel, to my publisher for an early 2022 release. It was a breakneck 90 days from conception to delivery. I’ve written books that fast before (all 8 of my DIAGNOSIS MURDER novels and most of the 15 MONK novels), but I was younger and more foolish then. It’s nice to know I am still capable of doing it…though it helps that I’ve basically remained in pandemic lock-down at home. Typically, it takes me a leisurely five months to plot and write a novel. Now it’s back to work on the spec thriller I was writing in May…I need to cram a lot of writing into the next few weeks because I don’t have much time before I’ll be attending a whole bunch of events tied to the release of my 3rd “Eve Ronin” novel GATED PREY, which comes out in October. You can see some of the early reviews for GATED PREY (and my contribution to the new collection COLLECTIBLES) below along with some other exciting news.
One City / One Book Picks LOST HILLS
Each year, the City of Agoura Hills participates in the “One City / One Book” national literacy program to stimulate reading through group book discussions and other related activities. The community read is sponsored by the City of Agoura Hills, Friends of the Library, the Los Angeles County Library—Agoura Hills Cultural Arts Council, and the Las Virgenes Unified School District. This year they’ve picked my novel LOST HILLS!! I am so thrilled. I’ll be talking about the book, and signing copies, on Sept 30th at the Agoura Recreation center. The event is free, but seating is limited and tickets are required. Here’s where to get yours…

Publisher’s Weekly loves GATED PREY
I am thrilled that I got a great review this week from Publishers Weekly for my new novel GATED PREY, which is coming out Oct. 26th but is now available for pre-order.

“Violent crimes and desperate criminals and homicide detectives, oh my!  Lee Goldberg delivers an intriguing, fast-paced, satisfying novel…This is a series to keep an eye on if you’re a fan of police procedurals, formidable female characters, and stories with great pacing.” 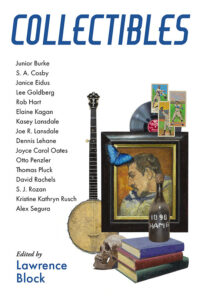 “This anthology’s true gem is Lee Goldberg’s ‘Lost Shows,’ a perfect, at times humorous story from an under-appreciated writer.”

Not only that, but Publishers Weekly also singled out my story in their rave review:

“Villainy, paranormal goings-on, and cold-blooded murder…  Overshadowing everything, though, is Lee Goldberg’s Lost Shows, a delightful shocker about a fanatical collector of short-lived and unaired TV shows.”

You can order the book here
Entertainment Weekly Picks Summer Reads
My friends Rachel Howzell Hall , Shawn A. Cosby & I are among the authors recommending some thrillers in Entertainment Weekly by kick-ass writers like Hilary Davidson, Stephen Mack Jones and Matthew Farrell. You can find our picks here

“Against all odds, Goldberg not only ties up most of the loose ends, leaving just a few deliberately dangling, but links some of Eve’s investigations in ways as disturbing as they are surprising.The seamy side of California dreaming.“

Lots of Events Coming!
As I mentioned at the top, I’ve got lots of events lined up (with more to come). You can find them all here.
Okay, that’s the news for now. Back to writing!!

I got some great news this week. The City of Agoura Hills has selected me and my novel LOST HILLS as their 2021 ONE CITY, ONE BOOK / AUTHOR. That means the local libaries, schools, etc. will be encouraging everyone to read the book and to come to City Hall on Sept 30th to see me in conversation, buy a copy of my book if they haven’t already…and get their copies signed. Past honorees include Michael Connelly and Dick Van Dyke.

Each year, the city of Agoura Hills participates in the One City One Book national literacy program
designed to stimulate reading through group book discussions and other related activities. The
community read is sponsored by the City of Agoura Hills, Friends of the Library, the Los Angeles
County Library—Agoura Hills Cultural Arts Council, and the Las Virgenes Unified School District.

“Lost Hills’ is a gripping story with twists and turns that take place on the very streets of our local
community. I especially love the tenacity of the detective and could picture myself riding past so
many familiar places and, typical when I read a book I love, I didn’t want the story to end,” said
Agoura Hills Mayor Denis Weber, who added he is a veracious reader and Goldberg is one of his
favorite authors.

The city is hosting “An Evening with the Author – Lee Goldberg” on Thursday, September 30,
2021, at the Agoura Hills Event and Recreation Center, 29900 Ladyface Court, Agoura Hills, CA
91301. The author will also be available for book signings. Registration will begin starting August
1, 2021 at www.agourahillsrec.org. Admission is free, but registration is required; space is limited.
For updated information on One City One Book 2021 events, call 818-597-7361 or visit the
website. For more information about the One City, One Book literary program, contact Amy Brink, Director of Community Services at (818) 597-7361 or email ajbrink@agourahillscity.org.

I’ve got two pieces of big news today. The first is that my novel THE WALK may soon be coming to a movie theater near you. Constantin Films has picked up my screenplay adaptation of book. Here’s an excerpt from the story in Variety. :

“Resident Evil” producer Constantin Film has acquired the rights to Lee Goldberg’s movie script for thriller “The Walk,” which he adapted from his bestselling novel. Goldberg has served as the showrunner of “Diagnosis Murder” and “Martial Law.”

Robert Kulzer of Constantin Film is producing “The Walk” with Monella Kaplan of eMotion Entertainment. Constantin’s Alex Westmore and Colin Scully are the creative executives handling the project.

Kulzer said: “Lee’s adaptation of his own novel is a brilliant exploration of the human condition by using the ‘Big One’ as a backdrop to create unforgettable moments of hair-raising tragicomedy.”

Constantin is best known for the “Resident Evil” franchise, with six movies released that generated over $1.2 billion at the box office. A reboot of the series, “Resident Evil: Welcome to Raccoon City,” is set to be released on Nov. 24, 2021. Other credits include “Black Beauty” at Disney Plus and “Monster Hunter,” which is still in theaters around the world.

I am so excited and will keep you updated.

In other news, the cover for my next novel GATED PREY, coming out in October, was also released today. Here it is (click on it to see it full size):