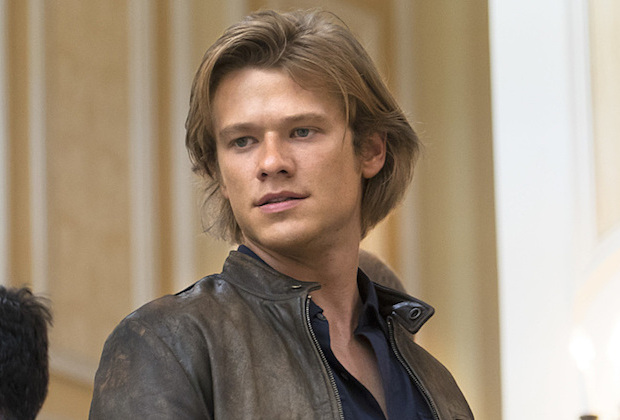 I don’t think I’ve seen more than a couple episodes of the original MacGYVER, so I went into CBS’ new reboot with a totally open mind and no nostalgic baggage. I could look at it as a new series, rather than comparing it to my memories of a beloved old show. I wasn’t wowed. In fact, it was a battle to keeping watching and not check my email, browse my Facebook feed, or nod off. Without the existing IP to ride on, I doubt this pilot would have sold.

The episode opened with a James Bond-esque action sequence…featuring young, tuxedoed secret agent Angus MacGyver (played charmlessly by Lucas Till) who uses found objects as weapons, tools, etc. and who never seems to take the danger around him seriously. The same could be said for his back-up Jack Dalton, (George Eads from CSI), who presumably is the muscle and the comic relief…though he didn’t offer any muscle and or laughs. He was MacGyver’s ride…driving the boat, or van, or chopper while MacGyver did his heroics. MacGyver’s expositional and cheerleading team also includes the default procedural character: the smoking hot female computer hacker with a criminal past (the other choices for this default computer hacker being 1. a clever kid, 2. a smart ass in a wheelchair or 3. a geeky with no social skills) who can get into any system in a split second. And all three agents have a cold, but thin and attractive, female boss (Sandrine Holt) who is a boss in title only since she takes orders from MacGyver, Dalton and the smoking hot computer hacker…and apparently has no other agents under her command. Her job is to assign the missions, stress the stakes, and then tell them all the things they can’t do, but that they will do anyway, and that she will then agree with, as if she’s under a spell. Come to think of it, the boss seemed to be in an expressionless trance for most of the episode.

The pilot story was simple, and the “twist” obvious, but it worked as a simple springboard for the action sequences that probably read big on paper but somehow played small on screen. It all adds up to the TV equivalent of Captain Crunch. I don’t think I’ll be going back for a second bowl.

BTW, this was actually the second pilot shot for this reboot — the original pilot was entirely scrapped along with everyone in the cast except Till and Eads. That said, the promotional clip from the scrapped pilot looked a lot more entertaining than the episode I saw.