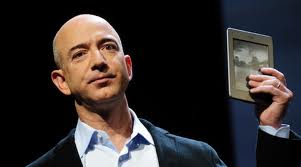 The publishing industry is still trying to figure out how to deal with the self-publishing revolution that Amazon sparked with the Kindle and their KDP Publishing format. Old guard publishers need to adapt and evolve, not dig in and try to protect the way things have “always” been done, or they risk becoming irrelevant to readers and to authors. What brings this obvious fact to mind today is a recent essay that Steven Zacharius, CEO of Kensington,wrote for the Huffington Post.

Here’s Where We Agree…and Disagree

He starts out by saying a few things I agree with. He says that the self-publishing revolution has brought out a bunch of swindlers eager to take advantage of authors. That’s true. He says that there’s a flood of self-published work on Amazon, and that most of the authors will never sell more than a handful of copies to their dearest friends and relatives.  Also true. He says that free books and ultra-low pricing by self-published authors is driving down the price of books and makes it harder for publishers to make money. I agree with that to some degree, too. He also says its very hard for any book, self-published or otherwise, to stand out. Again, he’s right. But where he loses me, and reveals the desperation of publishers to hold on to the old way of doing things at any cost, is his suggestion that Amazon and other retailers should create a form of literary segregation so “real books” (my phrase, not his), can stand out. Here’s how he puts it:

In a perfect world (okay, in my perfect world) there would be a separate section on Amazon or B&N.com for self-published e-books, maybe even separate websites. I truly believe that it would help the reader distinguish the books as well. Readers don’t purchase books based on who the publisher is and don’t necessarily care. As a result, they might not even know if they’re buying a book that was professionally edited versus one that was self-published.

This suggestion, and the way he refutes it immediately himself, shows how sharply divided he is on this issue even within his own mind.

If he believes that readers don’t buy books based on who publishes them, and that they can’t tell the difference between a professionally edited book and one that hasn’t been, then what would be the point of segregating corporately published books  from those that are self-published?

Clearly, the only point is to throw a half-assed life-preserver to publishers who are struggling to figure out how to remain relevant in this new landscape…and get their books noticed amidst the millions of new titles.

But if you, or even Steve himself, accepted his suggestion, who would establish the criteria for what qualifies as “published books” and those that are “self-published?” Old-guard publishers, of course! And what would that criteria be? That’s not an easy question to answer. 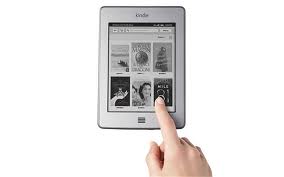 Before the Kindle revolution, and the wave of self-publishing it created, it was much easier to establish criteria for professional publication. I know, because as board member of the Mystery Writers of America and chairperson of their membership committee, I helped craft the rules for vetting publishers for the purposes of submitting books for Edgar Awards and or vetting authors for membership. You wouldn’t have been able to find a stauncher critic of vanity presses and self-publishing than me. But that was a different publishing world, technologically and business-wise, back then. The world has changed and so have I. Adapt or die.

The old rules were essentially based on the belief that the author should get paid for his work in advances and royalties, that his manuscript should be professionally edited, and the final product should be widely available in brick-and-mortar stores.  One of the key yardsticks for determining professional publication was if the money flowed from the publisher to the author, and not the other way around (it was also a simple, and effective criteria to weed out “vanity presses” run by scammers who were swindling writers). But now that most books are sold online and not in brick-and-mortar stores, and now that there are self-published authors selling more copies, and earning substantially more money, than most mid-list “traditionally published” authors, and that so many “established” authors are self-publishing backlist and new works, those lines aren’t so easy to draw and the old criteria seems painfully archaic.

Steve suggests that it’s important to distinguish self-published books from those that are “professionally” edited. Well, my self-published books are professionally edited… by editors who still work freelance for the Big Six. So what would the criteria be in Steve’s segregation scenario for determining a “professional edit?” And, more importantly, what would be the benefit of this segregation to consumers as opposed to old-guard publishers? None. Deep down, Steve seems to know this, because he goes on to say:

Now don’t get me wrong. If I thought I had a story in me that I felt strongly about, I wouldn’t hesitate to self-publish it either. In fact, Kensington and all major publishers looks to e-book originals to find new talent. We have a handful of 2014 releases written by authors whose work impressed us enough to offer them contracts for new books.

So he’s got nothing against self-published books…as long as they don’t get in the way of a publisher’s interest. Ebooks are great, he says, as a way to find authors who’ve proven they can make money for a publisher. What he doesn’t say is that in many cases it would be more profitable in the long run for those authors to continue self-publishing rather than sign with Kensington which, with all due respect to Steve, is known for paying most of their writers very poorly and doing little to market their books. He still believes that the brass ring that all authors are reaching for is a publishing contract…perceived prestige over readership and lots of money. It’s less clear today what publishers can provide to authors that they can’t do for themselves, particularly if you fall in the mid-list. Publishers are a huge benefit to big gun authors, but don’t do so much for writers who aren’t already household names.

I know dozens of mid-list authors who are earning far more self-publishing than they ever did under contract (several of those are ex-Kensington authors, btw). And I know authors who are under contract who wish they weren’t…and that they could get their hands on their backlists so they could self-publish. That’s right, I know authors who are lamenting that their books are still in print…a point of view that would have been unthinkable a few years ago. Because times have changed. Steve and others like him are slow to accept that.

I have nothing against publishing contracts… although I’ve self-published a lot of my books,  I am also published today by Amazon’s 47 North and Thomas & Mercer imprints, as well as by John Wiley & Son, Penguin/Putnam and Random House. Those publishers are treating me and my books very well and I’m happy to be in business with them. I am also very happy with how my self-published books are doing, and I’ve turned down many offers to acquire the publishing rights to The Walk and Watch Me Die (one editor at a major publishing house actually approached me inside the Amazon Publishing booth at BookExpo to make me an offer!) 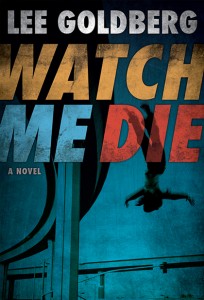 But every book, and every deal, is different. Today writers have options they never had before…and so do readers. Segregation isn’t the answer to the rising above the clutter and selling books. The answer is writing a good book…coupled with strong packaging and shrewd promotion, advertising and social media marketing. Because for authors in today’s world, whether you are self-published or under contract, you need to be a businessperson, too. It’s not enough to produce the product, you have to effectively sell it, too.

There are those who will argue that’s exactly why you need a publisher…but if you talk to most of the authors I know, they will tell you their publishers aren’t doing diddly for them…or what they are doing is woefully ineffective… and that the burden of marketing the book falls on the author’s shoulders, whether they are under contract or self-published.

But that’s another topic for another day…