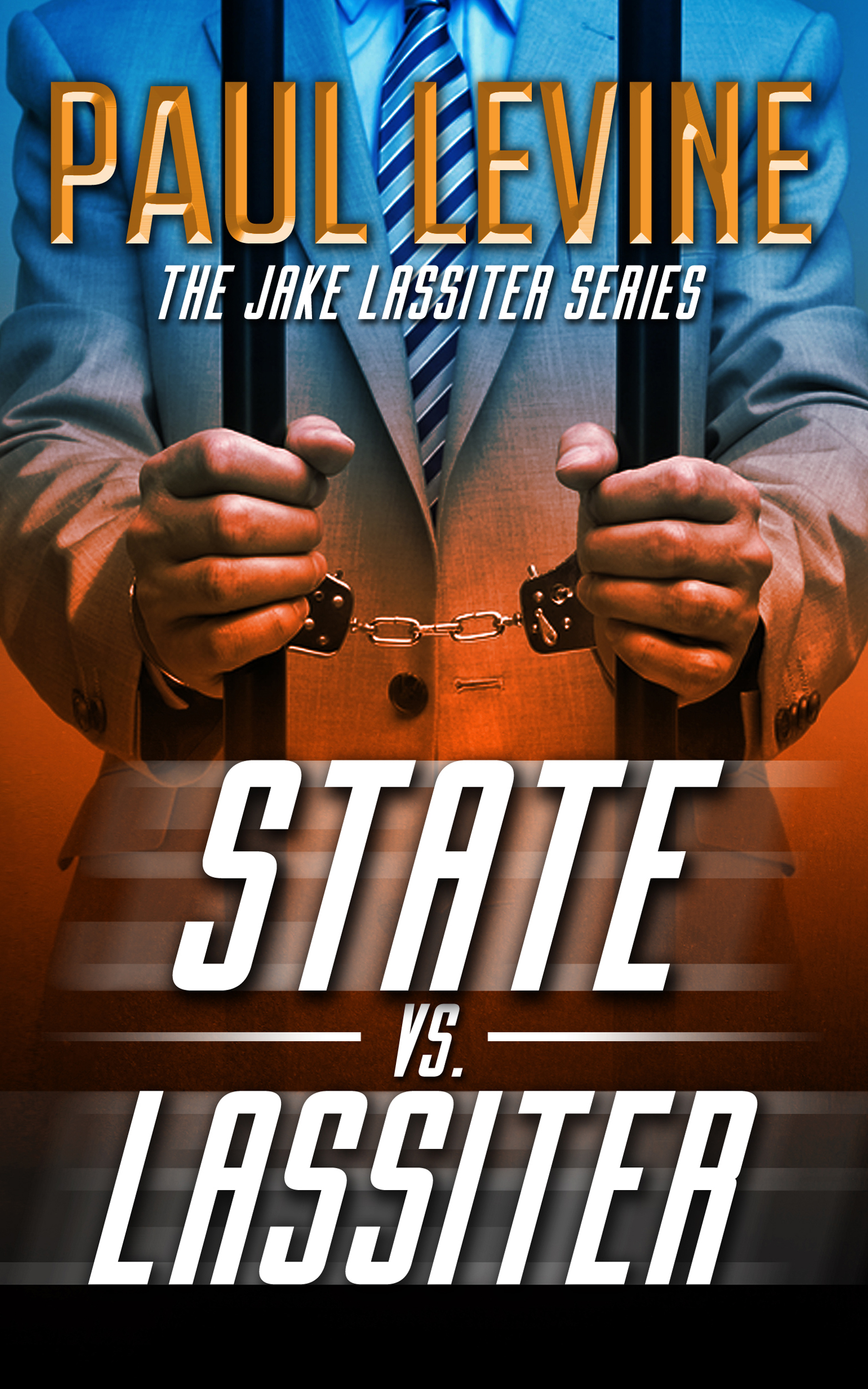 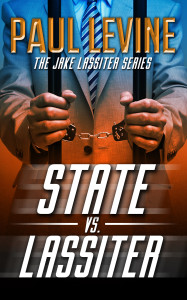 I invited my friend, bestselling author Paul Levine, to write a guest blog about his new book, “State vs. Lassiter,” tenth in his acclaimed series about the former linebacker who became a night school Miami lawyer of dubious ethics.  Professing to be too lazy to do a blog item, Paul instead interviewed his protagonist with predictably hilarious results.

Paul:  You look like you’re still in shape to play for the Miami Dolphins.  How do you do it?

Jake:  Being fictional helps.  By the way, you look like pelican crap.

Paul:  You’re just peeved because I got you indicted for murder in the new book.

Paul:  Let me ask you a tough question.

Jake: Careful, pal.  They don’t call me a shark for my ability to swim.

Jake: I’m not bad.  You just write me that way.

Jake: I never stole from a client, bribed a judge, or threatened a witness, and until this    bum rap, the only time I was arrested, it was a case of mistaken identity.

Jake: I didn’t know the guy I hit was a cop.

Paul:   Okay, at the start of the book, you’re having an affair with a beautiful woman who  also happens to be your banker.

Jake: So sue me.  Women think I look like a young Harrison Ford.

Paul:   One keystroke, I’ll turn you into an old Henry Ford.  You and your lady are having a fancy dinner on Miami Beach.  She threatens to turn you in for skimming client funds, and next thing we know, she’s dead…in your hotel suite at the Fontainebleau.

Jake: Is there a question in there, counselor?

Jake: I take the Fifth.  Every heard of it?

Paul:   You go on trial for murder.

Jake: Hold your horses.  No spoilers!

Jake: Sorry if I’m not hip enough for you, scribbler.  You won’t find my mug on  Facebook.  I don’t have a life coach, an aroma therapist, or a yoga instructor, and I don’t do Pilates.

Jake:  I’m a carnivore among vegans, a brew and burger guy in a Chardonnay and paté world.

Jake:  If that’s what you call someone with old friends, old habits, and old values.

Paul:   May I quote one of the five-star reviews on Amazon.com?

Paul:   “Blend the wit of Carl Hiaasen with the dialogue of Elmore Leonard and throw in John Grisham’s courtroom skills, and you have Jake Lassiter.”

Jake:  Makes me wish one of those guys was writing me.

Jake:  Yeah, and they made a TV movie a few years later with Gerald McRaney.  My ass is better looking than him.

Paul:   Who should play you in a movie?

Paul:   “State vs. Lassiter” is your tenth book.  But you’re facing life in prison.  Is this the end?

Jake:  Not entirely up to me, is it scribbler?

Paul:   I’m thinking it’s time you hang up your shingle, no matter what happens in the trial.

Jake: (Reaches across the table and pops Paul with a left jab.  Ka-pow!).

(“State vs. Lassiter” is available in paperback at Amazon and Barnes & Noble and as an e-book exclusively at Amazon Kindle.  More information on Paul Levine’s Website.)