It's only 12:45 and already I've encountered more incompetence than I can take in one day. First, I went to Office Depot to get a few reams of their brand of copy paper. I had a coupon for 15% off on each ream. So I picked up a box containing three reams of their brand. When I went to the counter, the clerk told me the box didn't qualify because the coupon was only good for reams of paper.

"But it's still three reams," I said. "It says so right here on the side. There's even an illustration."

"You have to go back and bring three reams of paper to the counter."

"No, because the box is cheaper than getting three individual reams."

It turns out that, with my discount coupon, the difference in cost between the box of three reams and three individual reams was a wash.

"So, in other words, the discount coupon doesn't offer any discount at all," I said.

"It does if you were going to buy three reams separately instead of in a box."

"Why would you want to do that?"

"To get the discount," she said.

When I got home, my copy of Adobe InDesign CS4 arrived. I immediately installed it on my desktop computer. Or at least I tried. Midway through the installation, I got the error message: 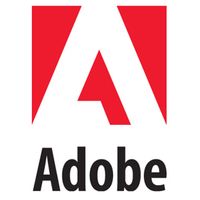 I disabled all my antivirus software, made sure no other applications were running, rebooted the computer, and tried again. Same problem. So I went to the Adobe website to see if they had any articles or FAQs dealing with my installation problem. They didn't. So I called customer support and got a guy in India with an accent so thick that it was nearly impossible to understand a word he said. I made him repeat everything, which seemed to piss him off. On top of that, he couldn't understand anything I was saying, which pissed me off. It took us a half hour  just get through my name, address, phone number, etc. When I finally told him my problem, he made me repeat the error message…which, of course, he got wrong. So we spent another ten minutes going through it, letter by letter, word for word. When that was done, he put me on hold so he could talk to an advisor. When he got back, he suggested that I go to the website for help.

"And that didn't resolve the problem?"

"I'm joking. Of course it didn't resolve my problem. That's why I am calling you."

He put me on hold to talk to an advisor. When he came back, he told me he had a solution. He told me to go to the Adobe website.

He gave me a web address. I typed it. It led to an article on the Adobe website that had nothing to do with another piece of software on a different operating system.

"That article doesn't deal with my problem," I said.

"Have you already gone through the steps in the article?"

"Yes, I am," I said. "Do you know what software we are talking about?"

He put me on hold to talk to an advisor. When he came back, he suggested that I go to the Adobe website.

He gave me a different web address that led to a different article. At least this one dealt with my software…but still on a different operating system.

"Do you personally have any idea how to solve my problem or not?" I asked.

"What about your advisor?"

He put me on hold ot talk to an advisor, then came back.

"No, he doesn't know either," he said. "You should try the steps in the article."

"But it's about Windows XP and I am on Windows 7."

"It's the best we can do at this time," he said. "Have I resolved your problem?"

"Oh yes, everything is much better now."

I gave up. I've managed to install the software on my laptop but not my desktop computer. But what is the point of calling customer support if the support personnel don't know anything about the software they are supporting?