My brother Tod reveals the inside scoop today on the writing of his latest BURN NOTICE book, THE REFORMED. Here's an excerpt:

Julia Pistell, whose name appears in this book as a person who has had their identity stolen, went to graduate school with me and is one of the best humans alive. She happened to be visiting Wendy and me last January, when I was in the middle of the book, but didn't have a title yet. However, the fine people at Penguin needed a title and needed it right now, except that right now happened to be while Julia, Wendy and I were eating lunch at a deli in Palm Desert. So I said to Wendy and Julia, hey, anyone got a title? And Julia came up with The Reformed. (This was after The Godfather was rejected.)

I just stumbled, very late to the party, on this great story at The Consumerist about a cooking magazine that's facing demise after publishing a story that it stole from a writer.

After the writer, Monica Gaudio, discovered that her article had been lifted, without permission or pay, by Cook Source Magazine, she demanded a printed apology and a $130 donation to the Columbia School of Journalism. But the editor, Judith Griggs, was unapologetic, and fired back that Gaudio should be grateful for the editing that was done on the article…and consider herself fortunate that she wasn't being sent a bill.

honestly Monica, the web is considered "public domain" and you should be happy we just didn't "lift" your whole article and put someone else's name on it! It happens a lot, clearly more than you are aware of, especially on college campuses, and the workplace. If you took offence and are unhappy, I am sorry, but you as a professional should know that the article we used written by you was in very bad need of editing, and is much better now than was originally. Now it will work well for your portfolio. For that reason, I have a bit of a difficult time with your requests for monetary gain, albeit for such a fine (and very wealthy!) institution. We put some time into rewrites, you should compensate me! I never charge young writers for advice or rewriting poorly written pieces, and have many who write for me… ALWAYS for free!

But the real, amazing twist to this story is that Griggs is now blaming the writer for the likely demise of Cook Source Magazine.

"The bad news is that this is probably the final straw for Cooks Source," says the unsigned note posted on Cooks Source website. "We have never been a great money-maker even with all the good we do for businesses. Having a black mark wont help … and now, our black mark will become our shroud. … This will end us."

The note goes on to criticize writer Monica Gaudio for not giving Cooks Source more time to explain its mistake. "I really wish she had given me a chance to respond to her before blasting me. She really never gave me a chance."

Two big Borders stores in my area — the one in Westwood Village and the one in Thousand Oaks — are closing, holding "everything must go sales." They may only be part of the first wave. The Los Angeles Times reports that Borders is having a severe liquidity problem that could lead to more store closures.

Borders Group Inc., the second-largest U.S. bookstore chain, lost more than a fifth of its market value Friday after saying it had delayed payments to some publishers while trying to avert a liquidity crisis.

Borders shares sank 26 cents, or 22%, to 90 cents, the biggest drop in more than two years. The shares have retreated 24% this year.

The company said last month that it was in talks to refinance debt and might violate its credit agreements in the first quarter if negotiations failed. Borders reiterated Friday that it couldn't guarantee that its initiatives would be successful. If the refinancing fails, the chain may face a "liquidity shortfall" in the next quarter, said Mary Davis, a Borders spokeswoman.

"The timing certainly raises eyebrows," said Peter Wahlstrom, an analyst with Morningstar Inc. in Chicago. Bookstores are typically most flush with cash at the end of the holiday shopping season, when they can stock lower inventories for the slow winter months, he said.

"If they are doing this at the end of December, it's more concerning," Wahlstrom said.

Borders is in discussions with potential lenders that would provide funds through the start of 2012, the Ann Arbor, Mich., company said Dec. 9. Borders also said it was looking to raise money through asset sales and cost reductions.

If Borders doesn't find additional lenders, the company may have to accelerate store closures, Wahlstrom said. 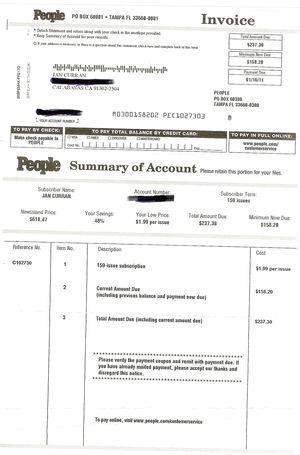