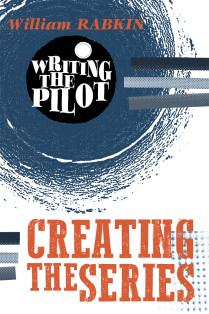 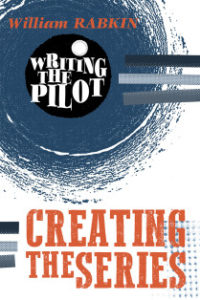 Little White Lies By Ace Atkins. I’ve said this before and I’ll say it again… Ace Atkins is writing better Spenser novels now than the last few that Robert B. Parker wrote before his death. Not only does Atkins perfectly channel Robert B. Parker’s voice, without slipping into satire or pastiche, he also matches Parker at his best in terms of character and story. Longtime fans of the series will be glad to see the return of some familiar faces and references to past cases in this tale, which pits Spenser against a conman, a mega-church, and paramilitary bad guys. I doubt anybody but Parker himself could top Ace at writing Spenser. I can’t wait to see where Ace takes Spenser next.

Writing the Pilot: Creating The Series  by William Rabkin. This book is so much more than that straight-forward title suggests. Yes, it will teach you the key elements that every series needs to get on the air…and stay there for 100 episodes. My old friend and former TV writing partner William Rabkin does it well, with a disarmingly casual, conversational approach that will make you feel as if you have a best friend in the business. You will finish the book eager, and well-prepared, to create television’s next cutting-edge show. But the book is so much more than a mere how-to guide to being the next Shonda Rhimes, JJ Abrams, or Greg Berlanti. This book can also can stand alone as a brilliant, succinct overview of the history of the television business and, more importantly for writers, the evolution of television storytelling (the two subjects are inseparable, which is another brilliant insight that Bill shares). The introduction alone is worth the purchase price…you can consider the rest extra value. He examines the way stories are told on television with a thoroughness and understanding that nobody else ever has before… perhaps because there hasn’t been anybody better positioned to do it than Bill. He’s not only a respected writer-producer and a beloved teacher, but he’s also an experienced entertainment industry journalist. He is able to take a step back from a business and a craft he knows so well and look at it objectively, with a journalist’s eye, to see the bigger picture as well as the telling details. Television is going through a long-overdue creative and business evolution and this is the first book that truly captures the moment, the metamorphosis, and the challenges…and does it in what feels like real time. If television writing is a calling, than “Creating the Series” is the gospel.