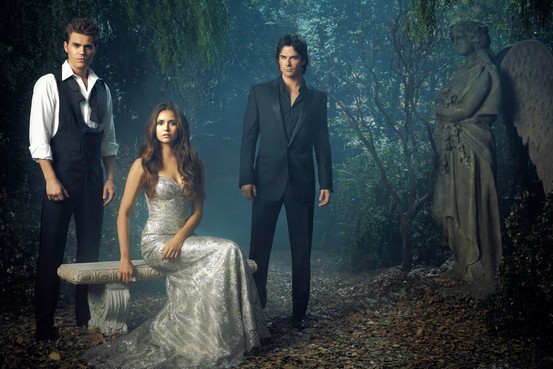 It astonishes me that writers, who make their living from their words, don’t bother to read the contracts that they sign. If you want a good example of this, read the  Wall Street Journal interview with Vampire Diaries author L.J. Smith.

She was hired by Alloy Entertainment to write a horror book series that they had in mind about a woman in love with two vampires. When she signed the deal, she failed to notice that it was a work-for-hire contract and that Alloy owned the underlying rights…. because she apparently didn’t bother to read her contract.

The books were an enormous success, and inspired a TV show, but she wanted to take the series in a different direction than Alloy did. So they fired her and hired another writer to continue the series.

“I knew that they were a book packager, but I didn’t realize that they could take the series away from me,” she says. “I was heartbroken.”

She should have read the contract before she signed it. She was dealing with a book packager, after all. What business did she think they were in? How did she think they made their money? Okay, so she made a dumb, rookie mistake. You’d think she would have learned an important lesson from that “heart-breaking” experience. You’d be wrong.

Now that Amazon is offering people the opportunity to write, publish and sell Vampire Diaries fanfiction through their Kindle World’s platform, LJ Smith has decided to write new Vampire Diaries novels and take the series in the creative direction she always wanted it to go. But she was stunned to learn that she doesn’t own the work that she’s publishing on Kindle Worlds:

Ms. Smith says that when she began publishing her Vampire Diaries fan fiction on Amazon this past January, she wasn’t aware that she was giving up the copyright to those stories, too. Nor did she realize she’d be giving Alloy a cut of earnings from the new stories. But had she known, it wouldn’t have deterred her, she says. “It wouldn’t have stopped me,” she says. “I didn’t do these books for money. They’re entirely a labor of love.”

If Smith had bothered to read her simple, and very clear, Kindle Worlds contract, none of that would have been a surprise. I hope she takes the time to read the next publishing contract that she signs or she could end up writing entirely for love.