Everybody thinks their life is a movie or TV series. That’s why every screenwriter I know gets unsolicited emails from strangers urging them to write their life story because it’s so unique, tragic, bizarre or compelling. And then you get pitches like this from “Louis”:

Hello I hope you can help in putting my story into script,hopefully into film ,story starts 1970,to 2013
Story starts out in holland amsterdam  goes all over the world in the magic bus trade,,,if you know what I mean
Had real estate company family friends all over the world then paridise would tumble over the years
All with brotherhood and company of peace and love ,along the lines of mr nice ,,story our story
Has  more action  the good bad and unfortunate circumstances,, that’s life I hope to hear from you
Cheers

Yeah, that’s life, Louis…but not one you’ve given me or any other screenwriter a reason to care about. There’s no hook. You haven’t sold the one thing a writer cares about — the story. Everybody has a life, what makes yours so special that a screenwriter would devote a year or more pitching and writing it, that would make a studio spend $30 million to produce it, and that would make a moviegoer to pay $15 to see it? 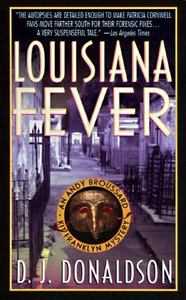