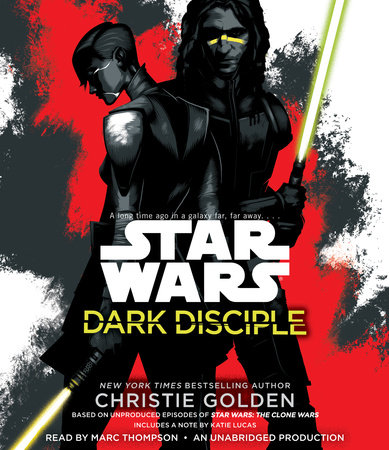 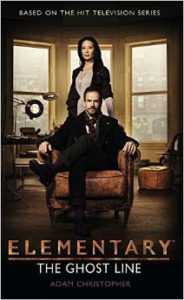 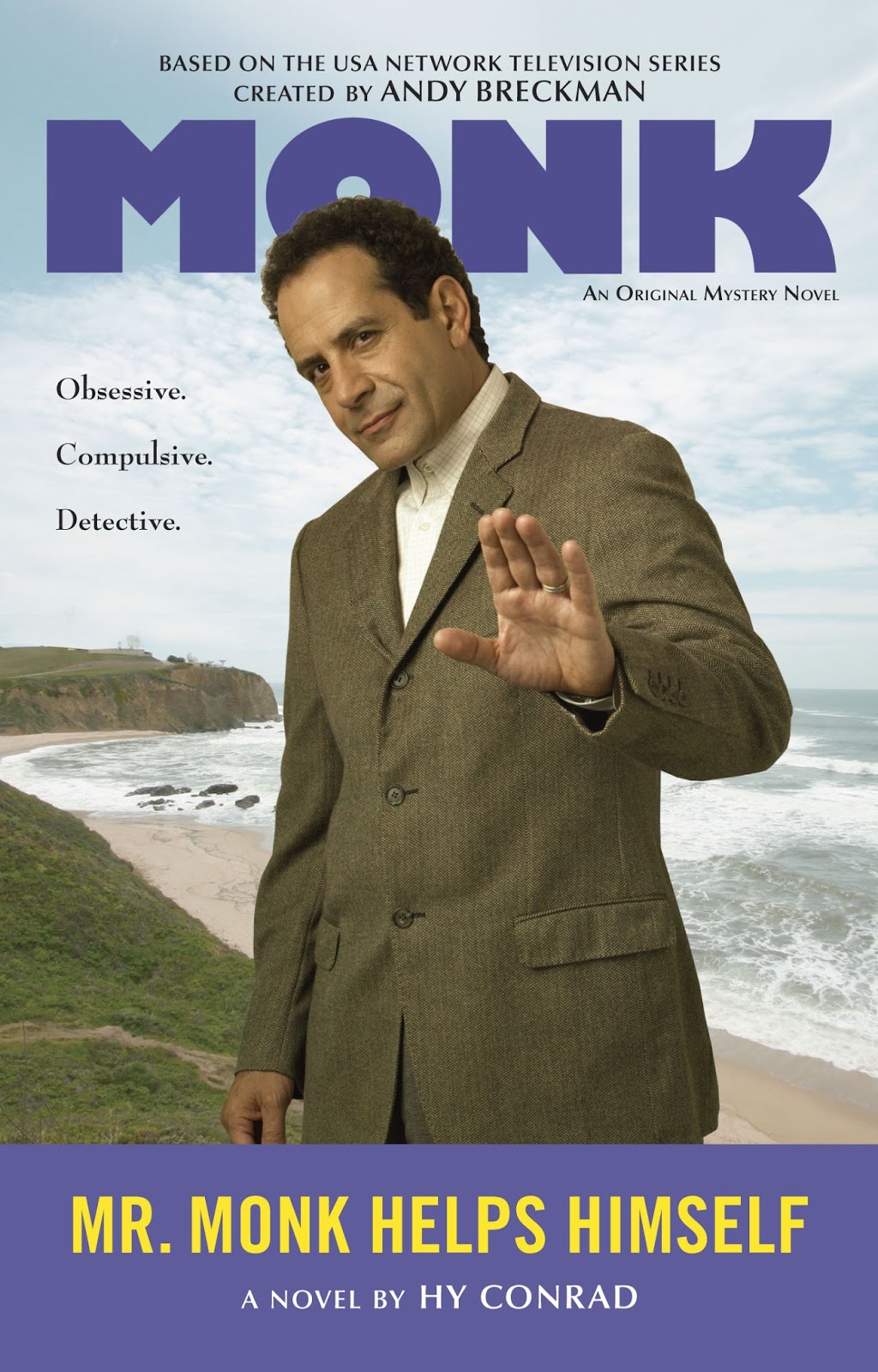 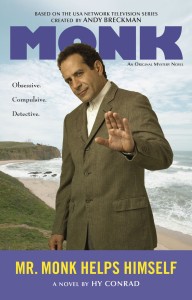 The International Association of Media Tie-In Writers gave out the 2014 Scribe Awards, honoring excellence in media tie-in writing, at Comic Con San Diego this past weekend.

There was a tie in the Best Original Novel category between Monk: Mr. Monk Helps Himself  by Hy Conrad and Leverage: The Bestseller Job by Greg Cox.

Author Diane Duane was selected as the 2014 Grandmaster, the highest honor awarded by the International Association of Media Tie-In Writing, recognizing her achievements writing novels based on movie and television shows.

The annual award, also known as the Faust, recognizes Ms. Duane’s huge body of work and amazing versatility. A true master of multiple media, Ms. Duane has written for television and comics, and authored short stories and novels.  She has written Star Trek and X-Men, Spiderman and Seaquest DSV.  Her original series include Young Wizards, Feline Wizards, The Middle Kingdom.  Her tv credits include both animated (Disney’s Duck Tales) and live action (Star Trek the Next Generation) and Dark Kingdom: The Dragon King.
Congratulations to the winners! Here’s the full list of nominees :
Audio
Blake’s 7: The Armageddon Storm – by Cavan Scott and Mark Wright
Dark Shadows – 33: The Phantom Bride – by Mark Thomas Passmore
Dark Shadows – 37: The Flip Side –  by Cody Quijano-Schell
Short Story
Mike Hammer: “So Long, Chief” by Max Allan Collins and Mickey Spillane
Star Trek Online: “Mirror Image” by Christine Thompson
After Earth:  “Savior” by Michael Jan Friedman
After Earth: “Redemption” by Robert Greenberger
Warhammer:  “The Dark Hollows of Memory” by David Annandale
Shadowrun:  “Locks and Keys” by Jennifer Brozek 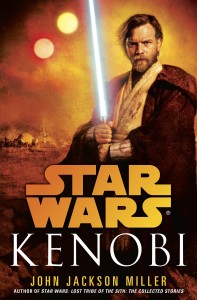 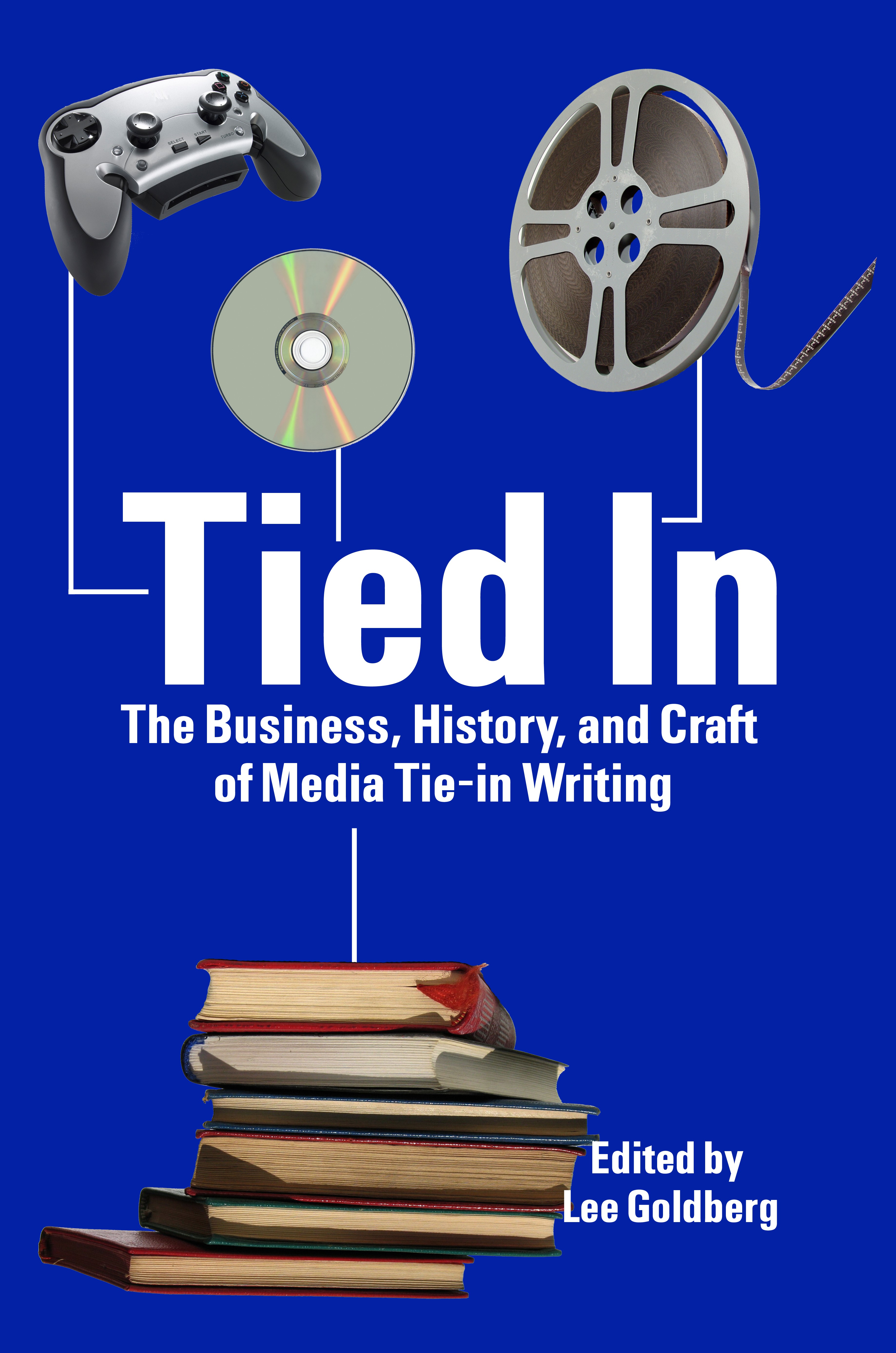 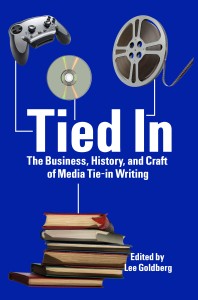 I get variations on this question every day from writers eager to write tie-ins based on TV shows. Here’s one that came in this morning:

I have recently purchased your book “Tied In” in order to learn more about the fascinating world of tie-in novelization. I’m a writer myself, having published, to date, one novel and a group of short stories (some of which are included in Amazon Best-Selling lists) and have always wanted to someday write a tie-in novel. I have never been able to discover though how to do it, so when I saw your email at the beginning of the book for questions I knew I had to message you.

I’ve for a while wanted to write a tie-in novel for my favorite show, Being Human on the SyFy channel. I’ve been with the show since day one and I feel I could write a book that is true to the show. But my problem is I don’t know how to gain the necessary rights to do so. How would I manage to request and then prove myself that I am capable to write a book based on the show? I’m not certain if this is covered in your book, but I felt a direct answer would help me best.

I’m afraid that it’s very unlikely that you’ll be able to get the opportunity to write BEING HUMAN tie-ins. You’d have to license the rights from the studio/production company, which is a very expensive proposition…and unless you are a proven author, and have a publisher behind you, they won’t be interested.

Almost all tie-in book projects are initiated either by the studio or a publisher. The studio will contact publishers and say the rights to a particular series are available for license at X price…and several publishers might bid on the project. Or a publisher will contact the studio and seek a license to publish novels based on a particular current or past series or film. Once the license deal is completed, then the publisher will look for an author to write the books…and, in most cases, it’s someone they have worked with before or who has established a reputation as someone capable of doing the job.

Speaking of tie-ins, there was a great article published today about the “lost art” of writing novelizations. It’s worth checking out. 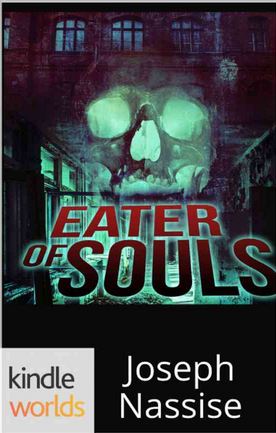 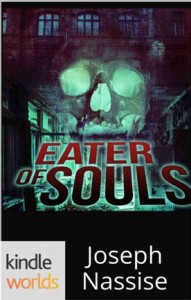 Today my series The Dead Man joined Pretty Little Liars, Vampire Diaries, and the works of Kurt Vonnegut among the many “franchises” in Amazon’s Kindle Worlds, their fanfiction publishing program. Now anyone can write, publish and sell Dead Man stories and novels on Amazon…and earn significant royalties.

I know what you’re thinking. Is this the same Lee Goldberg who has been railing against fanfiction on this blog for years?

My problem with fanfiction has always been that it is copyright infringement… that people are ripping off characters and stories that they don’t own without the permission or involvement of the creators or rights holders. 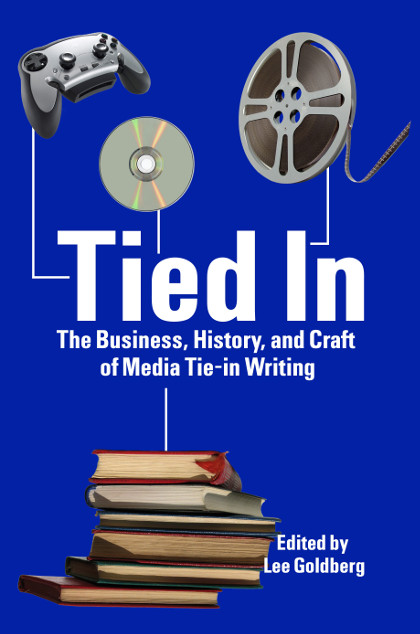 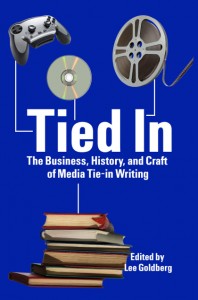 I got two very similar emails today asking, basically, the same question about tie-ins. Here they are:

I’m seeking guidance on writing a novel series for a past TV franchise that continues to hold a loyal fan base.  You had accessibility to writing the Monk novels from your freelance work on the show and your established relationship with the creator.  Any suggestions on who would be the appropriate contact to query regarding rights from a past dramedy for which I am interested in writing a novel series?  Would it be the creator via his agent or someone else?

And here’s the other one:

wanted to let you know that lately I’ve read several of your Monk novels and have enjoyed them greatly. I wanted to ask you how would someone approach studios regarding writing novels based on existing shows? I’ve a Doctor Who novel and was wondering if you had any pointers on how I should approach publishers. Who do I approach – do I approach BBC Books direct or do I approach the TV company, copyright holders?

The simple answer is that, in most cases, TV tie-in books are publisher-generated and do not come about because of an author’s interest in the property. The way it usually works is that either the rights-holder (usually a studio) with a hot series property auctions the publishing rights to the highest bidder…or a publisher approaches the rights-holder (usually through the licensing department of a studio) about licensing the publishing rights to a property. Either way, the publisher will pay the rights-holder a license fee as well as a percentage of the sales. The rights-holder also maintains creative control of the project and provides photos, logos, and other marketing materials related to the show. Once the rights are secured, the publisher then seeks out authors to write the tie-in books…usually going to established professional writers who they know can work within tight guidelines and deliver a strong, clean manuscript in very little time.

As unproven authors, you really have nothing to offer the rights-holders of a classic, or hit, TV series that would motivate them to license the novel rights to you. If a publisher is already producing books in a tie-in series…like, say, STAR TREK or DOCTOR WHO, you could contact the editor and pitch yourself as someone to consider to write one of the books, but the chances of that approach succeeding are, to be blunt, nil.

So the bottom line is there’s really no way for you to interest a studio in letting you write novels based on one of their shows unless you approach them with a publisher attached…or you are already a big name in your own right and having you attached to the book would guarantee significant sales and publicity. You can learn more about tie-in writing, and how the tie-in biz works by reading Tied In: The Business, History and Craft of Media Tie-in Writing